SUNDAY MUSIC IN THE GARDEN ROOM 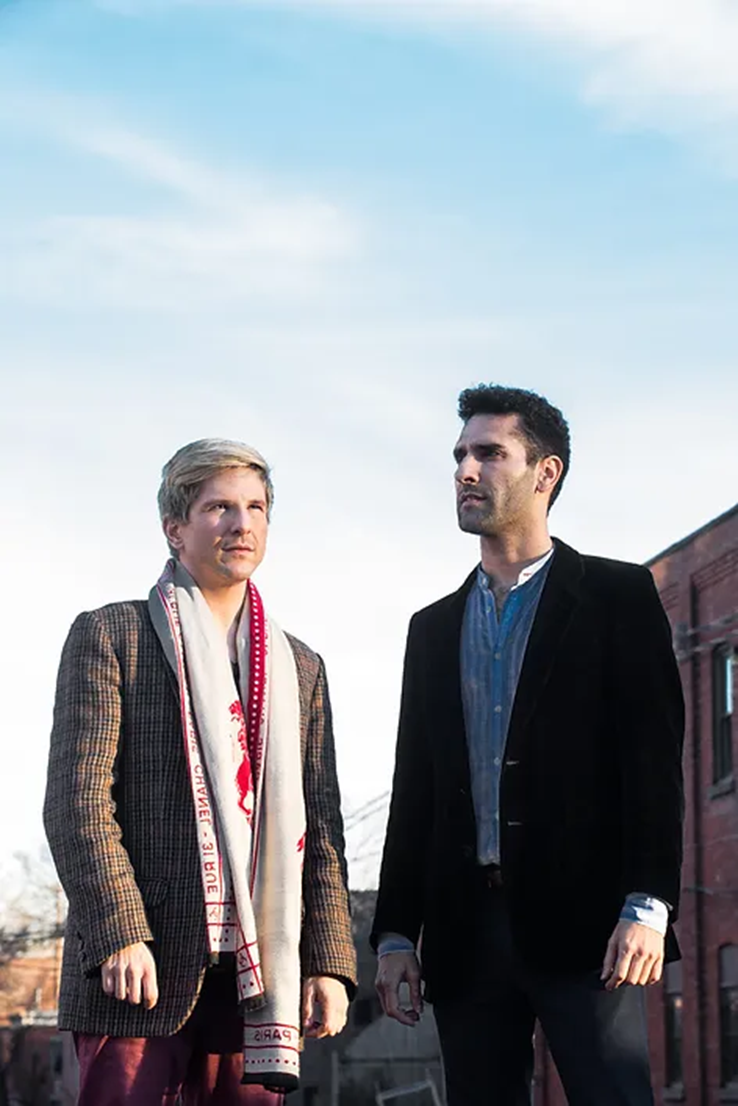 Fantasias are associated with unbounded flights of the imagination. This concert, with its theatrical elements, will allow you to explore this musical form through characters that were either described by the composers or dreamed up by the performers. Meet Eusebius and Florestan, two personifications created by Schumann to embody his own contradictions, and watch as a dreaming painter comes to life to the sound of Debussy’s music. Come and be captivated by the clear rapport within this clarinet and piano duo as their instruments shine and transform with the music and characters that inhabit it.

Born in Montreal, David was raised by a Portuguese family before they moved back to Portugal, where he started his musical education. He studied at the Escola Professional de Música de Viana do Castelo and at the Escola Superior de Música e Artes do Espectáculo of Porto, with Professors Iva Barbosa and Antonio Saiote. David holds a Master of Music in Performance and a Soloist Diploma from the Musik Akademie der Stadt Basel (Switzerland), under the tutelage of Francois Benda, in addition to an Artist Diploma from the Schulich School of Music at McGill University in Montreal, in the clarinet classes of Jean-François Normand and Alain Desgagné.

David is regularly invited to perform orchestrally with several orchestras, most notably with the Hyogo Performing Center Orchestra (Japan), Macau Symphonic Orchestra, Orchestre Symphonique de Montreal, Portuguese Chamber Orchestra, Gulbenkian Orchestra (Portugal), Camerata Zurich, Musikkollegium Winterthur Orchestra and Basler Festival Orchester (Switzerland). He was contracted as solo clarinet during the seasons of 2015 to 2018 with Sinfonieorchester Basel. He is a clarinetist in the Orquestra de Câmara Portuguesa in Lisbon and holds the co-principal clarinet position in the Malaysian Philharmonic Orchestra.

As a soloist, he has performed with the Orchestre National des Jeunes de Montreal, Orchestre Metropolitain de Montreal, Orchestre Symphonique de Drummondville, Edmonton Symphonic Orchestra (Canada), Sinfonieorchester Basel, Kammerorchester Basel, among others. He was a member of the Schweizer Jugend Sinfonie Orchester and the National Youth Orchestra of Canada, is a Jeunesses Musicales Canada artist and was also a guest artist at Musikdorf Ernen Festival, Switzerland.

Born in Trois-Rivières, pianist Olivier Hébert-Bouchard holds a Master of Music degree, with distinction (2011), from the Manhattan School of Music, where he studied on scholarship.  He completed his training through advanced programs with internationally renowned pianists and pedagogues at the Mozarteum University in Salzburg (Austria), the Boston University Tanglewood Institute, the International Summer Academy of Music in Nice and the Juilliard School. An ardent defender of contemporary music, he is committed to promoting the work of emerging composers and has performed several new works since he started his career. His talents as an arranger and his passion for lesser-known repertoire and hidden treasures have allowed him to push the boundaries of many chamber orchestras. Since September 2021, Hébert-Bouchard has been lecturing at the Université du Québec à Montréal (UQÀM) and at the Université de Montréal.

Marcel d’Entremont back in the Garden Room!